The Augmented Reality Korean Unification Project unites North and South Korea with augmented reality [AR]. The project tries to heal the scars left by years of conflict in the Korean peninsula by removing the Korean Demilitarized Zone [DMZ] and returning it to its natural state before Korea was divided. The public may view Korea as a unified country as it once was. The Korean Unification Project removes weapons, checkpoints, fortifications, barriers, walls, and all reminders of the ongoing conflict from the Korean landscape.
Posted by markskwarek at 10:46 PM No comments: 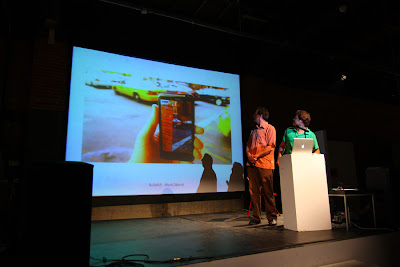 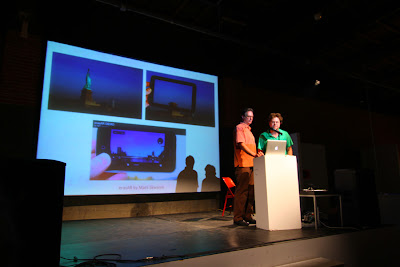 ErasAR @ Eyebeam Lecture
Posted by markskwarek at 9:01 AM No comments: 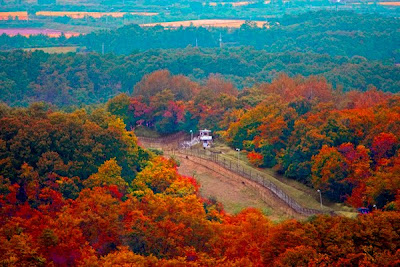 Posted by markskwarek at 9:00 PM No comments: 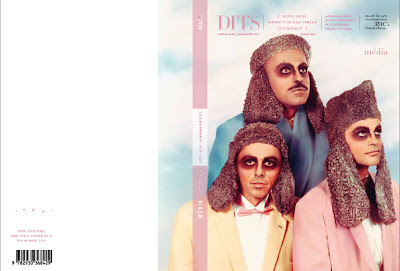 I'm in DITS Art Magazine!
Posted by markskwarek at 8:20 AM No comments:

"Not There"@ the Kasa Galeri in Istanbul opens today! 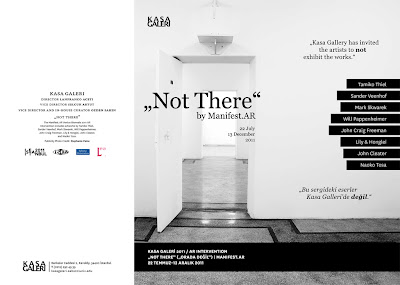 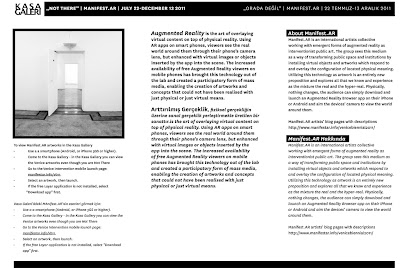 "Not There"@ the Kasa Galeri in Istanbul opens today!
Posted by markskwarek at 5:55 PM No comments: 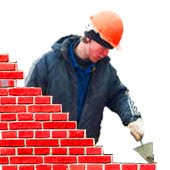 My new augmented reality project wallbuildAR launched yesterday at my Eyebeam Lecture.
Posted by markskwarek at 5:51 PM No comments:

Vote for us! here
http://www.iraqimemorial.org/proposals_list.php?last=Freeman&first=John%20Craig&mode=vote&voted=5

Proposal Synopsis: The U.S./Iraq War Memorial is an augmented reality public art project and memorial, dedicated to the thousands of individuals who have died on both sides of the border. The public can simply download and launch the Layar Augmented Reality Browser app on their iPhone or Android and aim the devices’ camera at the landscape through out the northeastern United States. The application uses geolocation software to superimpose a single computer generated 3D graphic of a casket for each of the 52,036 recored deaths, enabling the public to see the caskets integrated into the physical location as if it existed in the real world. The location of the augmentations are based on data published by The Guardian of the Wikileaks Iraq war logs. The data points have then been offset based on the precise longitude and latitude difference between Baghdad and the Washington Mall in Washington D.C. This map indicates the location of the augmentation once the GPS offset has been applied. As far as we know, this might be the first war memorial to acknowledge losses on both sides.

Artist's Biography: Mark Skwarek is a new media artist working to bridge the gap between virtual reality and the real world by using augmented realities and multi-user online environments to bring a virtual context into physical space. He explores this intersection in both his private art practice as well as in academic research projects. John Craig Freeman is a public artist with over twenty years of experience using emergent technologies to produce large-scale public work at sites where the forces of globalization are impacting the lives of individuals in local communities.

Posted by markskwarek at 1:40 PM No comments:

I'm advising on this project-

NEW YORK -- For years, Brian August was obsessed with looking at the World Trade Center.

Then 9/11 happened and August's focus shifted: he began imagining what the twin towers would look like from various spots around New York if they were still standing. Now he's trying to help the rest of us get the same view of the buildings that once defined this city's skyline.

Working with developers from the industrial design company [zero], August is planning a free iPhone app that will superimpose -- at scale, as it would have looked 10 years ago -- the World Trade Center for any user who points his or her phone at ground zero. To accomplish this, August is trying to raise $25,000 through a Kickstarter page he has set up. (He's already raised about half that amount.)

The app itself will do three things. It will orient the phone toward the site of the twin towers, render a pencil-like drawing of the buildings, and enable people to post and comment on the images they make with the app online.

August told The Huffington Post he hopes the app will prompt people to tell their stories about the World Trade Center. He remembers growing up and watching the twin towers reveal themselves as his dad drove him around in the car, and he remembers moving to Brooklyn a few years ago to find that his beautiful view of Manhattan felt severely lacking.

"I know that one day I'm going to be telling my kids or my nephew how big the towers were and it's going to be really difficult to describe," August said. "It's tough to appreciate when it's not a real spot anymore."

And that's the true goal of the 110 Stories project -- to recreate the view of the towers from 110 different places. August says if he can raise the money to launch the app in time for the 10th anniversary of the terrorist attacks this September, he'll spend up to the next two years working on a public art installation. He'll find 110 spots in the tri-state area from which the view of the towers used to be clear and build outlines of them, creating the illusion that they're still standing.

He's already done this once, as illustrated above, using a piece of copper tubing that his friend held up on his roof. Now, August, who has no prior experience with public art installations, hopes to move to a much bigger stage.

"I'm just a crazy person with an idea," he said.

Watch a video produced about the project below:

Posted by markskwarek at 1:38 PM No comments:

Posted by markskwarek at 7:20 AM No comments: 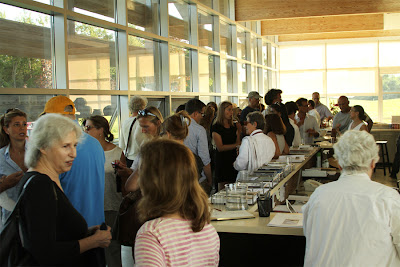 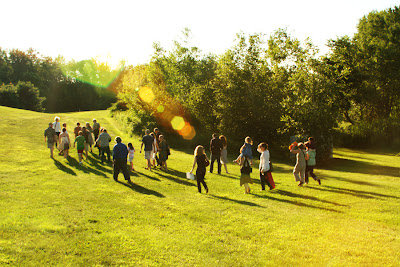 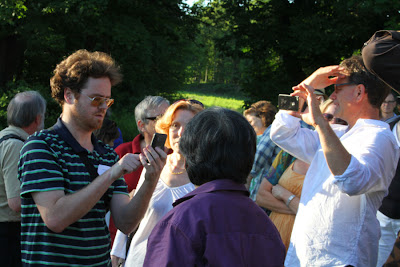 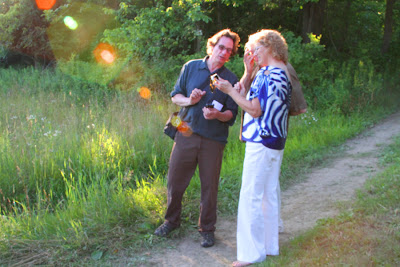 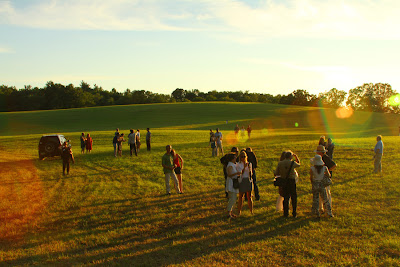 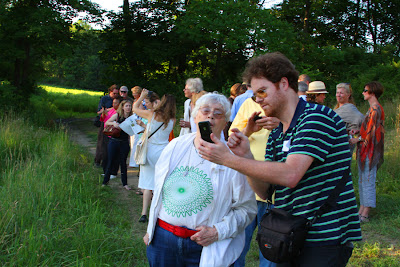 Posted by markskwarek at 4:26 PM No comments:

http://www.archpaper.com/news/articles.asp?id=5498 AR @ omi opens this sat!!
Posted by markskwarek at 8:17 PM No comments:

OMI on Wired's Beyond the Beyond

OMI on Wired's Beyond the Beyond
Posted by markskwarek at 12:37 PM No comments:


Augmented Reality: Peeling Layers of Space Out of Thin Air / AUGMENTED REALITY BY ARCHITECTS @ OMI
I'M ADVISING ON THIS PROJECT ^^

Posted by markskwarek at 11:53 AM No comments:

manifest.AR
mentioned on art observed!
Posted by markskwarek at 9:01 PM No comments:

PEELING LAYERS OF SPACE OUT OF THIN AIR

I am advising and documenting on this augmented reality project @ OMI next weekend.

Posted by markskwarek at 2:35 PM No comments: